Quote of the week

“This week I voiced some concerns about the new Commission. We are particularly concerned about the European Green Deal. Von der Leyen’s political guidelines included a proposal for a Sustainable Investment Plan and we need guarantees that the just transition to a sustainable model will have sufficient resources.”

Next week, the S&D Group will be preparing for the committee hearings of the new College of Commissioners. The S&D Group will be evaluating candidates on the basis of their commitment and their competence to push through the reforms needed to make Europe fairer and more sustainable.

In the letter that Group leader Iratxe Garcia sent to Ms. von der Leyen ahead of the hearings, we outlined some demands to make sure that our plans for a sustainable future are sufficiently resourced and that EU values like solidarity, the rule of law and democracy are defended. Iratxe will continue to meet with the Commissioners-designate next week.

This is a big week for the climate action across the globe. This week, millions of us are walking out of our workplaces and classrooms to join climate strikers in the streets to demand an end to the age of fossil fuels. 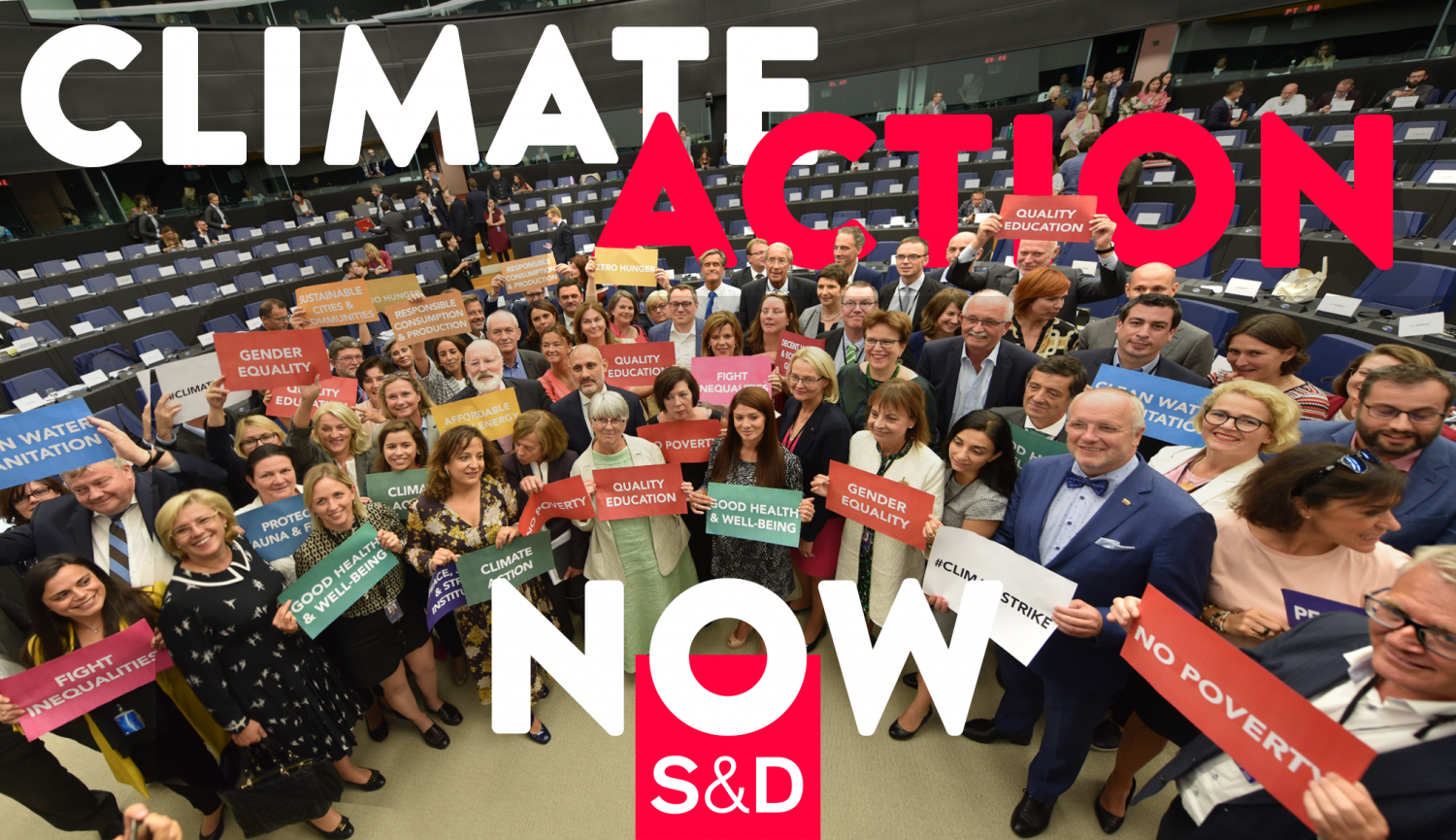 S&D MEPs in the ENVI and DEVE Committees will be in New York between 23 and 25 September to participate in the UN Summit on Sustainable Development Goals and the Climate Action Summit. The summit has been convened by UN SG António Guterres who has called on all leaders to come up with concrete, realistic plans to enhance national plans for 2020, in line with reducing greenhouse gas emissions by 45 per cent, and to net zero emissions by 2050.

On Monday 23 September, our MEPs will use their last chance to question Mario Draghi at his last appearance before the ECON Committee as ECB President.

Before that, the Foundation for European Progressive Studies (FEPS) are organising a side event in the framework of the UN’s climate discussions on UNITED for Climate Justice today, Friday 20 September, in New York.

The environment is such an important issue for our Group that we have nominated Brazilian environment and human rights defenders for the 2019 Sakharov Prize. You can read more about the S&D nominees, Chief Raoni, Claudelice Silva dos Santos and Marielle Franco, on our website.

Throughout September and October, Think Pink, the breast cancer campaign, is organising the Race for the Cure in different cities in Europe. On Sunday 29 September, the S&D Group will be racing for the cure at Bois de la Cambre in Brussels. You can join the S&D Group in Brussels to show your support for the cause. If you’re feeling up to it, you can run 6km or walk 3km. And with Kids for the Cure, there is also something to tire out the little ones.